Dietary supplements contain effective nutrients like vitamins and minerals in a high dosage and concentration, mostly pills or capsules, but they cannot be used as medication as they are not designed not heal, relief pain or prevent illnesses or health complaints. 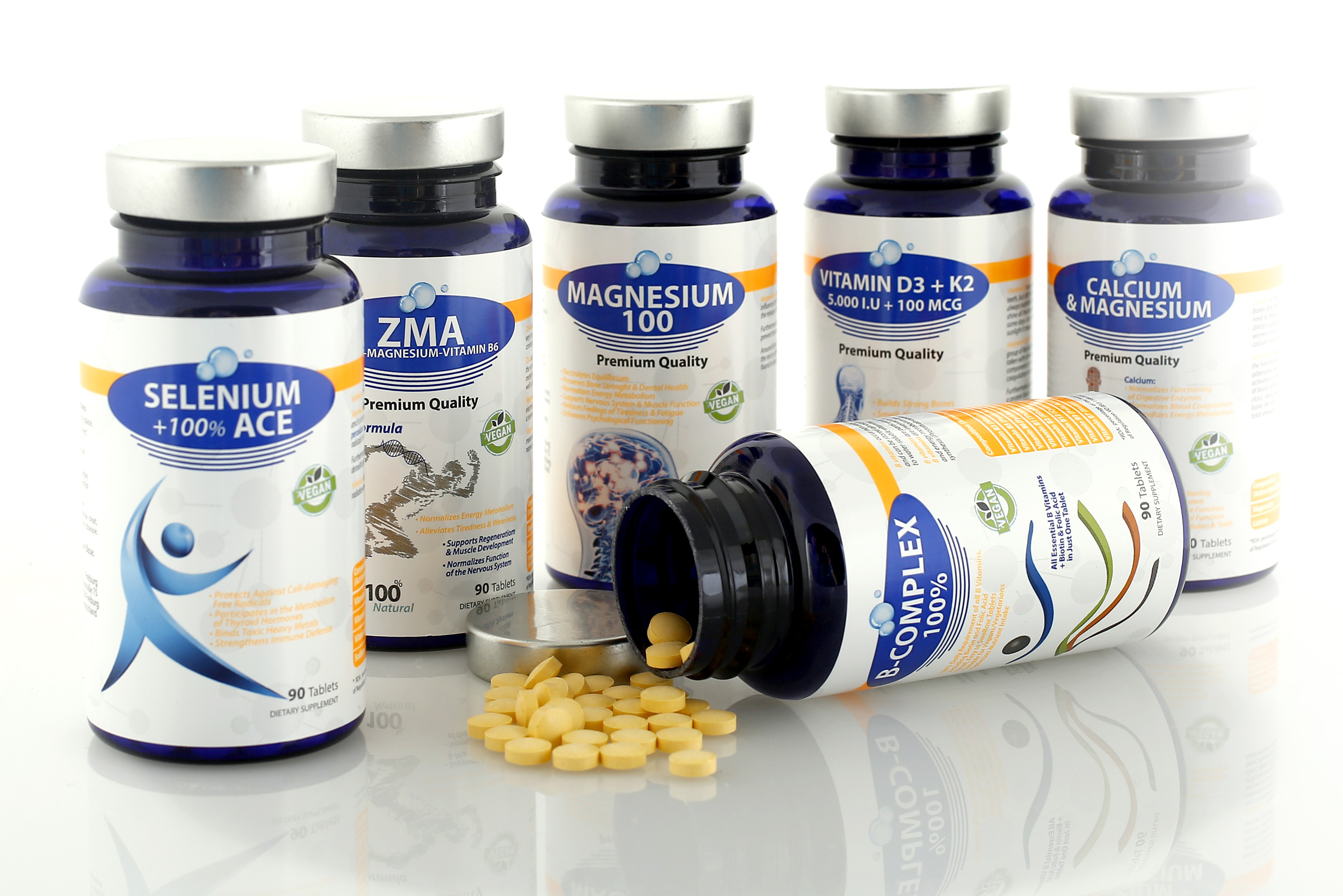 Moreover they are foods (in accordance with §1 NemV “Food supplement regulations”) which serve to supplement the general nutrition with vitamins, minerals and other substances like amino acids, fibers or secondary plant substances.

Their specific properties allow them to contribute to the individual’s nutrition. Dietary supplements can help everyone who have difficulties to follow a wholesome diet in their daily life or persons who have increased nutritional requirements.

We supply you with dietary supplements which are in accordance with the applicable law in Europe and Germany: 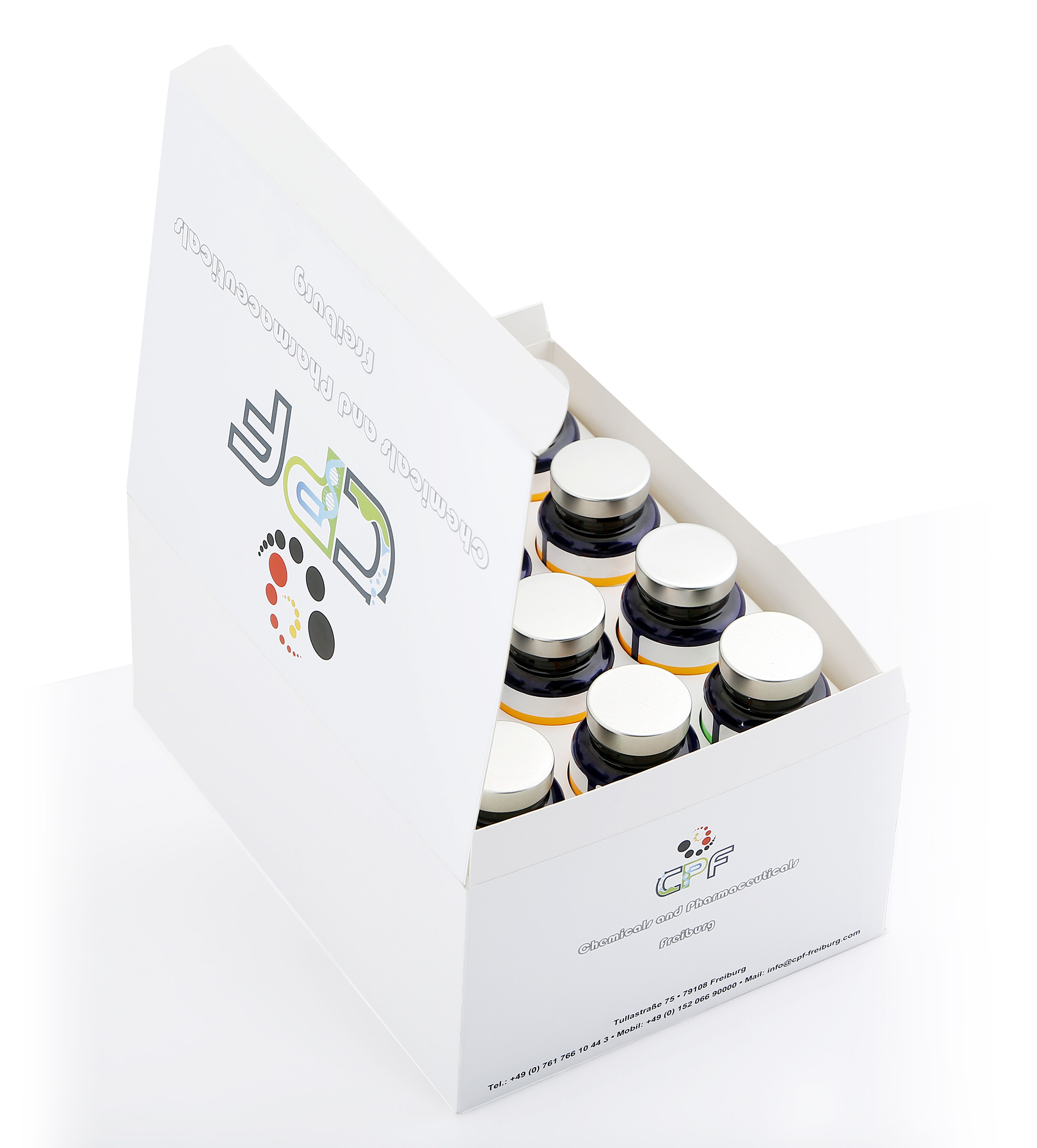 Order from us high-end quality dietary supplements from the best manufacturers of all brands. 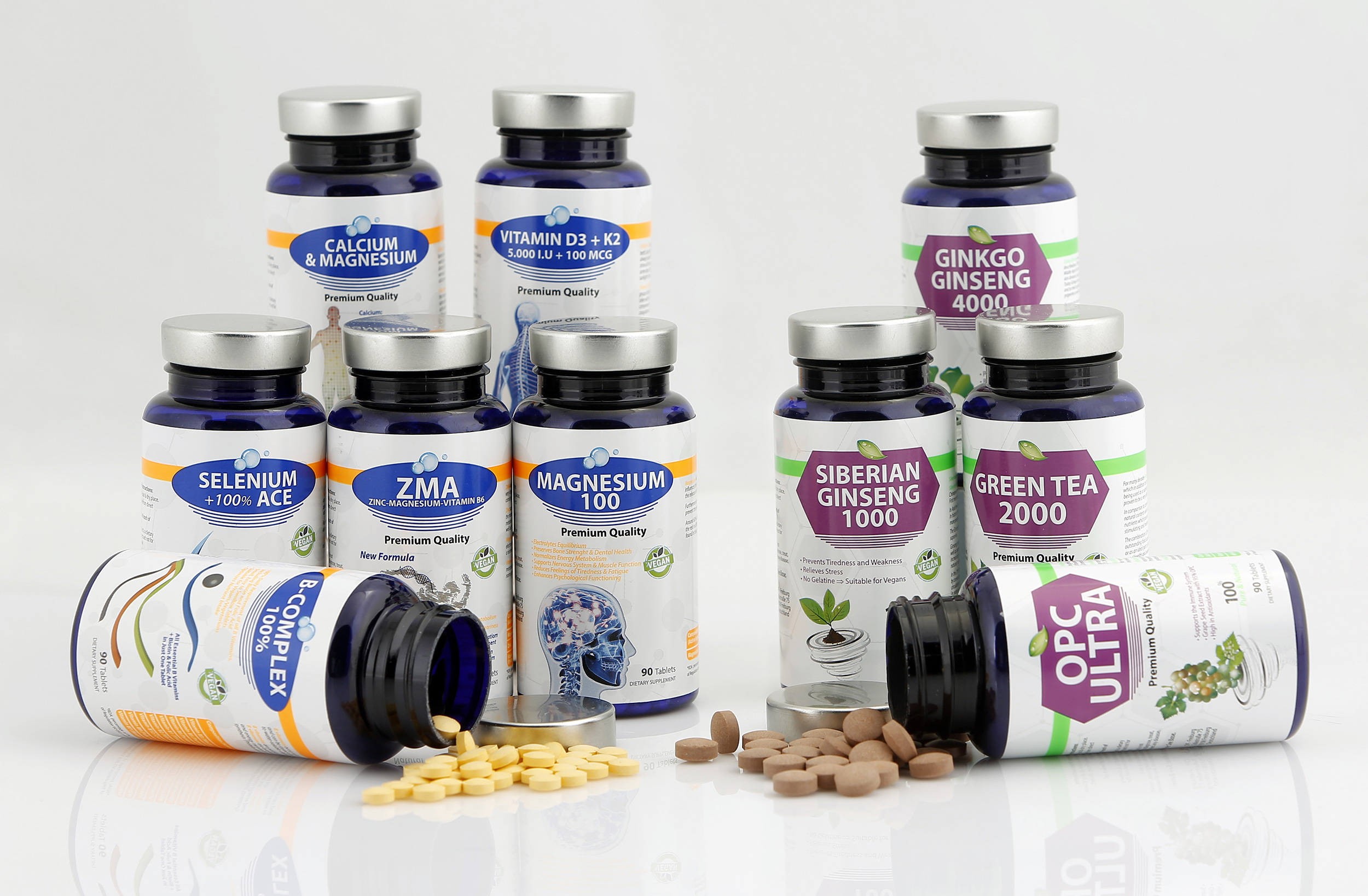 CPF dietary supplements are characterized by their first class quality in all areas:

We only use carefully checked, strictly controlled raw material, vitamins, and minerals of outstanding quality.

We produce without exceptions in Germany. During the production the newest scientific findings are used and German law is followed. All production processes underlie a permanent, transparent quality control, which applies also to our raw material suppliers and subcontractors.

Our dietary supplements are as natural as possible. They are suitable for vegans and vegetarians, as most of our products are free from animal origin products. Whenever it is possible we do not use flavor enhancer, colorings, and unnecessary excipients.

We use high-value non-toxic plastic containers.

ZMA is a nutrition supplement that is based on the synergy of two very important minerals for the body: Zinc and Magnesium. This combination can play a key role in regeneration.

Magnesium alleviates tiredness and weariness, supports the electrolyte equilibrium and a normal energy metabolism as well as a normal muscle function.

Vitamin B6 supports a normal cysteine-synthesis, a normal energy metabolism, a normal function of the nervous system and a normal protein- and glycogen metabolism.

What are Vitamins D3 and K2?

Vitamin D takes an essential part in building strong bones and teeth, but did you know that the main source for vitamin D is not always nutrition? It is the sun! Unfortunately the sun does not shine all the time or sometimes we do not get any sunlight on some days. Maybe your body does not get the needed dose of sunlight it needs.

Vitamin K2 (MK-7): similar to vitamin C vitamin K2 belongs to the group of fat-soluble vitamins. Therefore vitamin K2 needs to be taken with a moderate fat meal. Vitamin K2 is one of the main components for the mechanisms that regulate and activate coagulation in the body.

Furthermore activate K vitamins, especially vitamin K2, osteocalcin a protein found in bones. It is also indispensable for cell growth and muscle cells. In general K1 and K2 are differentiated but K2 has a much higher bioavailability and therefore it is the more efficient form of vitamin K. The effect of K1 and K2 is the same.

What is Siberian Ginseng?

Siberian Ginseng has been used as a remedy in traditional Chinese as well as Korean medicine for thousands of years. It was First mentioned around 40 BC.

In Asia the Taiga root  stands for a symbol of health and longevity. In historic times it was only used by Kings and Emperors and was more precious than gold.

The Ginseng’s contribution to health is partly due to its content of saponins.

Ginseng is used to fight against feelings of tiredness, weakness as well as receeding performance and concentration. It is also used increasingly in the  world of sports to enhance performance in a natural manner.

In the 20th Century the value of Ginseng has finally been recognized by conventional medicine. The scientifically acknowledged circulation-stimulating effect of Ginseng is also interesting to note in potency power effects. Ginseng is one of the most important ingredients in many potency-enhancing-drugs all over the world.

Selenium is an essential trace element that rarely occurs. Selenium plays an important role in the detoxification of the body and is a component of some enzymes such as glutathione peroxidase. This enzyme promotes the transformation of free radicals into harmless derivatives.

Furthermore, it  plays a role in the immune defense and in detoxification.

Selenium is also important for the skin in protecting against UV radiation and can prevent premature cell ageing.

What is OPC Ultra?

Premium Quality: Grape Seed extract in premium quality for highest demands. OPC is a natural plant-based substance (flavanols) which belongs to polyphenols. OPC are considered as Dimers/ Trimers of Catechins.

Magnesium has plenty of functions in the human body. It influences the transmission of stimuli of the nerve to the muscle, the release of adrenaline and bone mineralization.

Furthermore it activates over 300 enzymes in metabolism. It can prevent thrombosis (blood clotting) as it is a coagulation inhibitor.

Around 60% of the body’s magnesium can be found in the bones, the rest in different organs and tissues and only about 1% are to be found in blood.

What is Green Tea?

For many decades Green Tea has been a valued product of nature which in addition to its many positive effects on health is also being used as a nutrition supplement to reduce weight and it has proven to be a very effective “FATBURNER”.

In comparison to conventional tea extracts Green Tea has only natural contents which have a much higher amount of micro nutrients which possess antioxidant, anti-catabolic, mentally stimulating and metabolism boosting properties.

The combination of these properties makes Green Tea to an outstanding food supplement within a diet to support weight loss or as an ideal part of daily food supplementation to maintain a good health and overall wellness.

What is Ginkgo Biloba?

Ginkgo Biloba, also called “Fan Tree”, is a well-known tree species that is described as a “Living Fossil”. Ginkgo Biloba was already used in the Middle Ages for the treatment of asthma, bronchitis, frostbite, gonorrhoea, skin diseases, cough, stomach disorders, tuberculosis and restlessness. Today Ginkgo is mainly used to promote blood circulation, antioxidant and to treat a glaucoma concomitantly. It is said to have neuroprotective properties as well as a positive effect on memory performance.

Reasons for the possible positive effects of Ginkgo preparations are probably the high concentration of flavonoids and terpenoids in the materials used. The latter are a special form (Ginkgolid and Bilobalide) that can only be found in Ginkgo.

Korean Ginseng has been used as a cure in traditional medical medicine for thousands of years. It has been recognized by school medicine in the 20th century due to its proven effects as a healing plant. Ginseng was considered as a symbol for health and longevity. Another interesting factor is its blood flow promoting effect. It has been used for centuries to increase the potency power and is still one of the most important ingredients in many potency preparations in the world.

B vitamins occur naturally mainly in products of animal origin and can be stored almost completely by the body in comparison to water-soluble vitamins.

B vitamins are particularly important for athletes becauseB vitamins are involved in the regulation of the carbohydrate, fat and energy metabolism and furthermore enhance protein synthesis (Protein absorption).